Laya Project - A Journey of Music and Survival
From EarthSync on March 26, 2020
Genres: Music
Duration: 1 hour 7 minutes
Subtitles: English
Availability: Worldwide
A tribute to the resilience of the human spirit, EarthSync’s award winning production Laya Project is a documentary about the lives and music culture of coastal and surrounding communities in the 2004 tsunami-affected regions of Sri Lanka, Thailand, Indonesia, Maldives, Myanmar and India.

Anniversary Edition is now available worldwide, for the first time, as a Digital Release, with new and improved sound and video quality.

A visual journey documenting folk music recorded and filmed on location, some of these performances are rare and documented for the first time. For the international team of musicians, producers, sound engineers and camera crew who came together for this unique production, Laya Project is a celebration of life and is dedicated to the survivors. 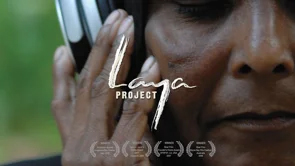